Digital transformation and the loss of jobs

I have been involved in a number of digital transformation initiatives over the years and have witnessed the impact that digitilisation has on companies and people. Digital transformation invariably reduces the need for some of the jobs as automation, artificial intelligence, efficiencies and customer self-service options become more prevalent at a faster pace than ever before.

There are divided opinions on the impact digital transformation has on the overall job industry;

The more pessimistic view according to the researchers at the WEF, “current trends could lead to a net employment impact of more than 5.1 million jobs lost to disruptive labor market changes over the period 2015–2020.” The Forum estimates that a grand total of 7.1 million jobs will be lost as a direct result of many of our proudest innovations, and that two-thirds of these jobs will be “concentrated in the Office and Administrative job family.” Concurrently, two million jobs will be gained in what the WEF calls “several smaller job families.” Still, it’s a net loss for human beings, at the expense of machines we’ve ourselves created.

A more optimistic opinion from James Besson, an economist at the Boston University School of Law, there are many examples of computers and automation affecting jobs, such as the automated teller machines (ATMs), which at the time spelt doom for the bank tellers, and in America their average number fell from 20 per branch in 1988 to 13 in 2004, however due to the efficiencies achieved, the cost of running a bank branch decreased enabling more branches to be opened in response to customer demand. The number of urban bank branches rose by 43% over the same period, so the total number of employees increased. Rather than destroying jobs, ATMs changed bank employees’ work mix, away from routine tasks and towards things like sales and customer service that machines could not do.The same pattern can be seen in industry after industry, says Mr Bessen: automation redefines jobs, and in ways that reduce costs and boost demand, thus requiring workers to learn new skills.

Regardless of whether you are on the side of the pessimists or the optimists, truth is that nobody know what the impact will be, but how you prepare for the future could make all the difference.

What can organisations do?

It is critical that companies start to understand what skills they will need for the future and start up-skilling staff to enable the transition of skills within the company.

If companies really believe people are their biggest asset, and want to have people who are passionate about working for them, they need to be transparent and prepare the staff for the changes and disruptions that lie ahead.

Organisations also need to start anticipating what skills will be needed for future business and provide the opportunities for the staff to upskill, learn and grow. 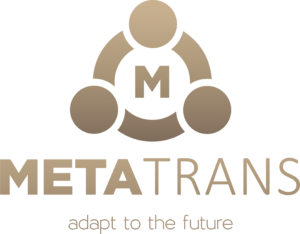